Love Where You Live 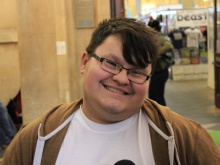 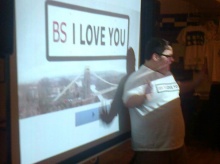 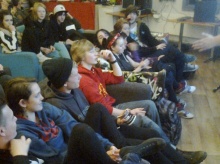 Audience at the BS I Love You screening

More than fifty young Bristolians attended a screening of a Fixers film, which has been described as brilliant and thought-provoking.

Ryan Lewis (19) helped create the short documentary ‘BS I Love You’ which was screened at The Station Youth Centre in BS1 on Monday 28th October.

The film addresses the issue of postcode rivalries in Bristol and shows Ryan asking people from different parts of the city what they love about it. You can watch the film at the bottom of this page.

‘I wanted to try and stop stereotyping of different areas. I wanted to help keep the love in Bristol, not hate.’

Following the screening Ryan led an open discussion about postcode rivalries in Bristol, promoting his central message that whatever your postcode you should love where you live.

Ignorance, gang culture and the importance of community were all themes considered by the young audience.

One audience member, Tom, who’s 19 and from BS8, said: ‘I thought the film was good and it makes you think.

‘In the film a lot of different people say good things about Bristol – they all find a reason to love Bristol.

‘The postcode issue is real - for example, I wouldn’t normally go near St Paul’s or Easton, but this film has made me question that.'

With the help of Fixers, Ryan created flyers and posters to advertise the screening and on the night there was a cake with the distinctive ‘BS I Love You’ logo printed on it.

‘The film is brilliant,’ he said.

‘I like it because it focuses on community and why people are lucky to live in a city such as ours.’

After receiving the positive feedback Ryan would like more people in Bristol to see his film.

‘I think the film has made a difference so far, but there are obviously still people who haven’t watched it.

‘I want to carry on by taking it into schools and perhaps showing it on the big screen in town.’

Watch Ryan's Fixers Film 'BS I Love You' below.