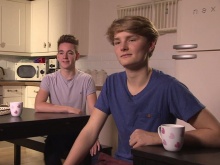 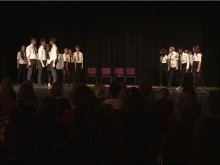 The group perform their play 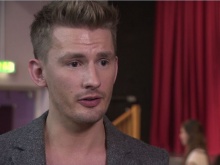 A group of young people from Brighton, who have devised a play with an anti-bullying message, are hoping to take it on tour with the help of Fixers.

Their story was shown on ITV News Meridian (E) on Thursday 14th November.

With Fixers they are producing a trailer to send to schools to give them a taster of the piece and what it is about.

In the broadcast story, the play is screened to an audience of local decision-makers and professionals that work with young people across Brighton and Hove.

Some clips of the participants speaking about their own experiences of bullying are also shown.