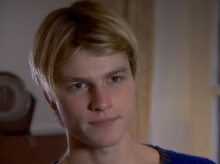 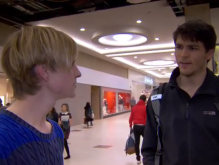 Fixer Danny speaks to the public about BDD 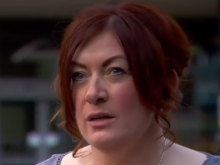 Worrying about how you look is a passing thought for many people, but for Fixer Danny Bowman, it became an all-consuming obsession.

The 18-year-old from Alnwick, who used to spend hours in front of a mirror, developed body dysmorphic disorder (BDD) in his mid-teens.

He now wants to raise awareness about the mental health condition so others can seek help.

His story was broadcast on ITV News Tyne Tees in November 2013.

Danny says there were days where he’d spend huge amounts of time on his appearance, because he was frightened to go out in public.

He wants to challenge the stigma surrounding the condition, which he believes often gets confused for vanity.

‘The thing about body dysmorphia is people can go as far as feeling like an alien,’ Danny explains.

‘I was so preoccupied I was spending 10 hours a day looking at myself.

Danny says he began feeling self-conscious after being scrutinised during a modelling audition in London three years ago.

‘I went in and it was very direct,' he says. 'It wasn’t like they were dealing with a 15-year-old boy. They didn’t really care.

‘It was like “you’re too fat and you need to sort out your skin”. When I left there, that was when it really started.’

In the broadcast piece, psychologist Julie Sead explains the symptoms associated with the condition.

‘Body dysmorphic disorder is a very debilitating condition in which sufferers develop the belief in that some aspect of their appearance, a bodily part or a bodily area, is defective in some way.’

For his Fixers project, Danny wants to primarily educate teenagers and parents about BDD, but hopes to reach a wider audience of professionals as well. Click here to see his Fixers film.

‘I want people to understand body dysmorphic disorder. People need to know more about it, even those who are already trained in mental illness.’