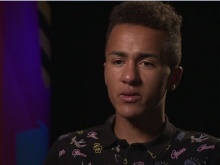 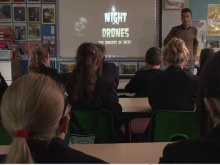 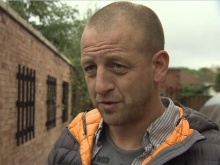 After experiencing first-hand the devastating consequences of taking the drug ​MCAT, a Fixer from Nottinghamshire has helped create a film to warn other young people of its dangers.

His story was shown on ITV News Central on Thursday 7th November.

Sammie Wood-Johnson (18) from Sutton-in-Ashfield wanted to make a retro style zombie film to reflect the behavioural and physical effects of the drug.

‘We came up with the idea of making the film about zombies because zombies are very bloody and scabby and quite disgusting.

‘While you are taking MCAT you get nose bleeds and you get really scabby lips from biting your lips and making them bleed,’ says Sammie.

‘It affected me physically and mentally. My skin was hanging off my cheek bones, my eyes were bad and I looked really unhealthy.

‘You could see my bone structure and my jaw was really defined – I kept grinding down my teeth.

‘I managed to kick the habit with help from drug support workers. They explained everything to me and I now want to help other people become more aware.’

In the broadcast film Sammie meets with a group of young people to discuss MCAT or Mephedrone – sometimes called Meow Meow or Drone. He also shows his film to a class at his old school, Sutton Academy, and answers pupils’ questions.

‘A lot of young people in this area and in small villages around Nottinghamshire are using MCAT. They are using it recreationally, but some people are using it more problematically and acutely, day in, day out,’ says Jamie.

‘What’s really valuable about Sammie’s film is that young people are more likely to take notice of another young person talking about issues from the ground up.’

Sammie hopes to take his film into other schools and youth clubs to warn more young people of the negative consequences of using MCAT.

‘I don’t believe there is enough information on the drug,’ he says.

‘If I’d known that it was deadly and knew what I’d be thinking and feeling afterwards, then I definitely wouldn’t have touched it.

‘I’d never have gone near it in my life.’

Watch Sammie’s Fixers Film ‘Night of the Drones: The Dangers of MCAT’ below. 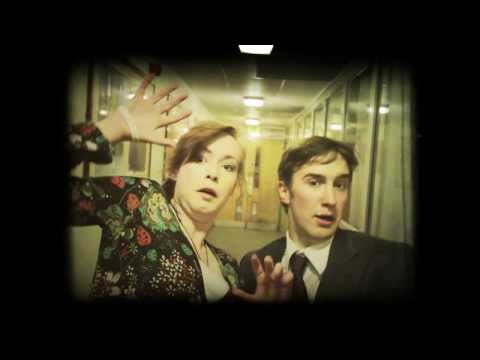