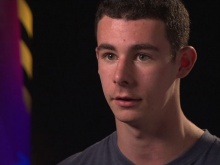 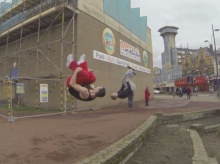 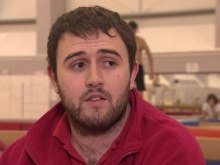 A Fixer from Lowestoft in Suffolk who has a passion for parkour wants others to see it as a positive way of life, rather than anti-social behaviour.

His story was shown on ITV News Anglia on Thursday 7th November.

Leigh Walter (18) started learning parkour four years ago. It’s a form of freestyle urban gymnastics which challenges participants to move freely over and through any terrain, by running, jumping and climbing, and Leigh credits it with building his confidence and co-ordination.

‘Once I was learning to get confident in my jumps and flips I could put that into other aspects of my life,’ says Leigh.

‘I always had a stutter, I was always nervous, but now I’ll speak to anyone and do anything.’

Alex Row, a parkour coach, also appears in the broadcast piece to explain more about the activity.

‘Parkour is originally from the French military. It’s the way they got from point A to point B without being seen by the Special Forces,' explains Alex.

‘It then got taken on by some movie stars and it became more commercial. It has been turned into what is now known as parkour and it’s become more of an art form.'

With Fixers, Leigh hopes to create a photo gallery showing parkour as a creative activity, which brings with it both physical and mental benefits.

He wants to encourage others to recognise its value in keeping young people active and away from drinking, smoking and drugs.

‘Sometimes when I’m doing parkour outside I have people telling me to fall, land on my head and break my neck,’ says Leigh.

‘We’re nice guys and we don’t want to be sworn at. If they’d asked us to move on, we would have moved on straight away.

‘I want to change people’s views. I want to show them it’s not anti-social, that it will improve people, not just in body but in mind and soul as well.’