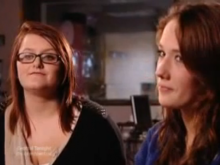 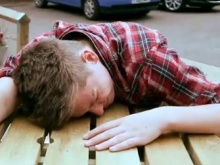 A scene from the anti-binge drinking film 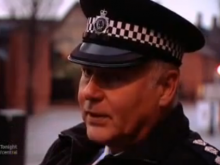 Naomi Burrows and Millie Gardner have created two short films with the help of Fixers to discourage young people from binge drinking.

You can watch their story, which featured on ITV News Central in December 2010, above.

Their historic hometown of Stratford-upon-Avon was the birthplace of playwright William Shakespeare, now, the 20-year-old Fixers feel that some local young people need to take better care not only of their town, but of their health as well.

‘Stratford-upon-Avon is a beautiful place to be, and then the second it gets to nine o’clock at night, especially on certain nights throughout the week, the whole atmosphere changes,’ says Naomi.

‘There are people being drunk and being sick on the street. There are police locking them into the back of cars, fights, screaming, it’s just horrible. If I was a tourist and I came here at night, I wouldn’t want to come back.’

The pair have created two short films with their team of Fixers in the style of the popular sitcom ‘Peep Show’ to get young people to sit up and take notice.

The films depict characters relying on alcohol to cope with stress and self-confidence issues, before regretting it in the morning.

Chief Inspector Ian Whiting appears in the broadcast to praise the Fixers campaign, saying: ‘I think the project will make a big difference in the fact that young people will listen to what their peers are saying, and it will hopefully go somewhere in controlling the binge drinking problem in the country as a whole.’

To promote their campaign, the Fixers handed bottles of water out to people on their way into town, in order to combat their hangover and dilute their alcohol consumption throughout the night.

Watch their anti-binge drinking adverts below.