Careers with a Conviction 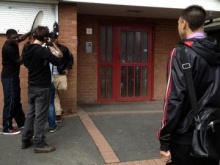 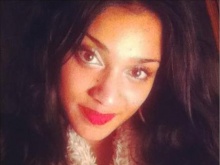 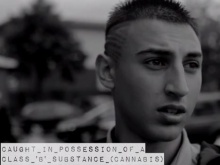 A group of Fixers from the West Midlands have helped create two short films showing the impact a criminal record can have on a young person’s career prospects.

They want to get across the message that past illegal actions can become a future barrier for those with convictions when they apply for jobs.

‘I’m a mentor so I feel it is my responsibility to encourage young teenagers to take the right path in life,’ explains 19-year-old Lead Fixer, Nisha Dhadral, from West Bromwich.

‘I think that young people in their early teens don’t understand the consequences of crime, and we felt that we needed to raise awareness of this issue.’

The videos tell the fictional stories of two young people - Rory and James - who attend separate job interviews in the two films.

Scenes of the pair answering their potential employers’ questions are interspersed with flashbacks of them committing crimes in the past.

At the end, neither candidate is offered the position, because they failed criminal record checks.

‘Many of my friends are affected by this issue and it is very saddening to see the impact it has on their lives,’ says Nisha.

The group would like their film shown at local colleges and youth centres, as they aim to highlight to young people the long-lasting impact a criminal record can have.

‘The process of making the film was great. I enjoyed being on set and it was a pleasure to be involved,' added Nisha.

‘I love the film. I think it is inspiring and it sends a great message, encouraging teenagers to think twice.’

You can watch their Fixers film 'Laugh Now, Cry Later' above.