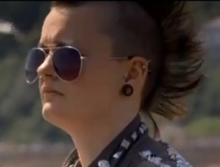 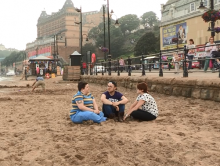 Some of the Fixers on the beach 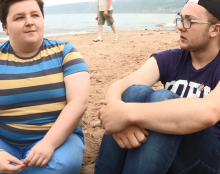 Two Fixers from the film

A group of Scarborough Fixers, who’ve all experienced homophobic bullying, have helped create a short film to stop it happening in schools.

With the help of Fixers, 24-year-old Millie Allen and her team have compiled a series of interviews with victims of such abuse showing their experiences and how they dealt with it.

Watch their Fixers film above.

Intended to be shown in schools, the film aims to point out the hurt that homophobic bullying can cause, as well as empower those that are considering coming out as LGBT.

‘When I was a teenager, I did experience homophobic bullying. It was mainly verbal but also involved shunning, leaving out and just the general attitude of people towards me was really difficult,' explains Millie.

‘I’ve spent many years being miserable and picked on. It was nice to put all my energies into something that would help others like my Fixers project.’

Millie says re-telling her story was hard at times but it helped knowing she could share her stories with others who’ve had a similar experience.

‘Of course it’s not nice to hear what others in the group have gone through, but it was comforting knowing I could speak to them about it,' she says.

‘It was a little difficult going back there, a time when I felt totally isolated and alone, but I feel proud to think how far I’ve come from that.’

The Fixer, who was shared her story with ITV News in August 2013, wants to educate as many young people as possible with her group's Fixers film.

‘I love how the film has turned out and am even quite surprised at just how open some of the group were in telling their own stories,’ Millie says.

‘I’m so passionate about this project because I know what the pain feels like. The ideal scenario is to get it into as many schools as possible and educate young people about the hurt homophobic bullying can cause.

‘My advice to others who may be going through what I did is speak to someone. Bottling up your emotions is not the answer.’