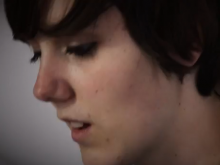 A scene from the film starring Emily 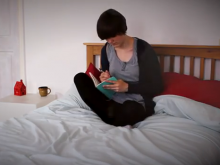 A scene showing a girl writing in her diary 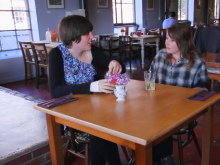 Having received help, the girl in the film looks forward to a brighter future

Suicide is the second biggest cause of death worldwide among 15 to 19-year-olds.

Now, a Fixer from Bristol is using her project to try and lower these statistics.

‘I want to make young people aware of suicide and help challenge the stereotype which suggests that people who commit it are cowardly and weak,' says 18-year-old Emily Thornton.

‘I want people to know where to go for help if they feel suicidal, and also make them aware of the signs to look for if their friends and family are at risk of suicide.’

With the help of Fixers, Emily created and starred in a short film, depicting a young girl struggling with suicidal thoughts, before she is helped by a friend calling to check on her.

She wants her resource to be shown around schools and youth clubs as her target audience is young people, a demographic shown to be affected by high suicide rates.

The film focuses on the support that is available for people in vulnerable situations, and Emily hopes that it will inspire people to get help if they feel suicidal.

You can watch Emily’s Fixers film above.

For more information and help with this issue, visit thesite.org.uk or offtherecord.org.uk. Alternatively, you can call Hopeline UK on 0800 068 41 41.