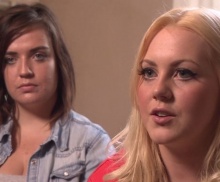 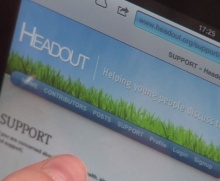 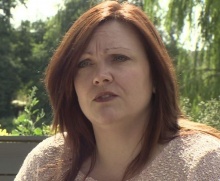 Two Fixers from Peterborough are using their website to create an online support group for young people experiencing depression and other mental health problems.

Their story was broadcast on ITV News Central on Thursday 5th September.

Cydney first realised she had an issue at 14, but found it difficult to talk about her emotions with her family.

‘I started to notice that I was getting frustrated over small things, and also aching a lot, and I found that I spent a lot more time in my bed and I’d get head achy, dizzy,’ she explains.

‘I got told that they were normal teenage feelings so I did brush it off for a while.’

After being diagnosed by a doctor, she began to talk to her friends and found that she wasn’t alone.

With the help of Fixers, Cydney’s team have created a website - ‘Headout’ - where young people with mental health problems can share their experiences through blogs and video blogs.

‘We are not trying to help, diagnose and cure people. We are just there to show them that there’s a way of dealing with things,’ says Cydney.

Mandy Kitsell from Relate, who supports the Fixers project, is also interviewed in the broadcast film.

‘Teenage depression is higher than it has been in the last 20 years,’ explains Mandy.

‘In the last few months I would say about 7 out of 10 teenage clients that I see have come with some sort of depression.’