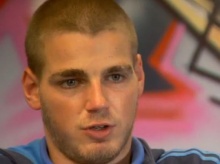 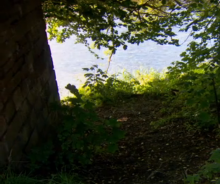 Where Fixer Terry used to sleep 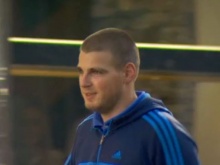 Now living in supported housing, the 21-year-old from Kendal wants to offer support to other young people who end up on the streets.

His story was shown on ITV News Lookaround on Thursday 5th September.

At his lowest, Terry was sleeping outside next to a canal, a time the Fixer will never forget.

‘I slept rough for about three and a half months. It was just totally, totally scary,’ he describes.

‘It was cold, wet and damp - nobody wanted to hang around with me because I was on the streets.’

With the help of friends, Terry found a flat in supported accommodation, where he will live for the next year.

Grateful for the support he has received, he now wants to give something back to the local community, by helping others in similar situations.

‘The sheltered housing helped me through thick and thin, so I want to help them out.

‘I’m working with Fixers to make a communal area, so people can chill out and socialise and just get to know each other.

‘I want to use the experience that I’ve had in the past to help other people sort themselves out.’

Penny Severn from Manna House, a drop-in support centre where Terry is a member, thinks more needs to be done to help young people who are experiencing homelessness.

‘There are lots of people in tents and we have a lot of sofa surfers. And I think the problem is getting more. It’s the same issues, whether you’re in Manchester or the Lake District, there are still vulnerable people who need that assistance.’