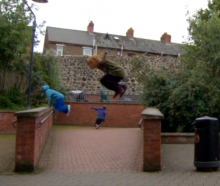 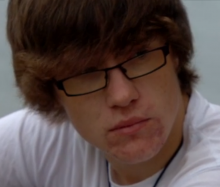 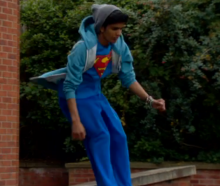 Although street somersaulting sounds like it should be a spectacle, parkour continues to divide public opinion.

Ryan Taggart (16) and his group of Fixers from Carrickfergus aim to show their local community it’s not an anti-social activity and can provide real benefits as a sport.

Their story was broadcast on UTV Live on Thursday 5th September.

Originating in France, parkour or free-running involves participants moving freely over and through any terrain, principally by running, jumping and climbing.

The group aim to change public opinion of those who associate the discipline with criminal behaviour.

‘People feel like we’re vandalising and being anti-social,’ says Ryan.

‘Some people feel threatened when we do parkour.  If anything, it’s kept us away from the problems people should be worrying about.’

Fixer Shattner Kjoy (16) adds: 'I know people who just go out and drink and party, that’s pretty much their weekend, they just love doing that. We love doing this.'

As part of their Fixers project, the group want to put on an event to show non-free runners exactly what the sport is all about.

‘People see the spectacle and think you can just walk out of your house in the morning and are able to do that, but it’s years of training, dedication and commitment.’

In the piece, the group meet one of Northern Ireland’s best known free-runners, Matthew McCreary (18) who is backing the campaign.

‘I’ve had a lot of bad feedback and it’s mostly from the people that don’t understand.

‘An event is a good way to get the community involved and get people talking about parkour, so I think it’s brilliant.’

Mayor of Carrickfergus, Alderman Billy Ashe, also supports what the team of Fixers are doing.

‘I think it’s difficult for young people to be doing anything without others thinking they’re up to no good.

‘Ninety-nine per cent of young people are good people and I think sometimes we forget that.’