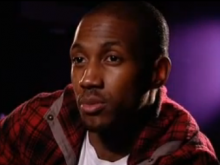 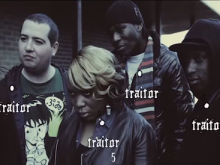 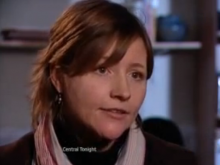 Jermaine Cameron Pinnock from Birmingham decided to create a Fixers film addressing the issue of schizophrenia, after his sister Charlene was diagnosed with the mental health condition.

His story was broadcast in January 2009, on ITV News Central. Watch above.

‘Charlene’s symptoms were very typical. There was the inappropriate reactions to normal everyday situations: the laughing, the crying, she’d tell us of hearing voices and describing scenarios to us that we knew to be false', explains Jermaine.

'It was very difficult and it was very painful. We couldn’t put a label on what was actually happening, so we were very much in the dark.'

The film ‘May Be the Devil' was created by the 24-year-old with the help of Fixers to accentuate what it is like having schizophrenia, and to raise awareness of the signs and symptoms.

Dr Rachel Upthegrove, a Consultant Psychiatrist who appears in the ITV broadcast story about Jermaine’s Fix, supports his campaign.

‘It’s really important that people recognise symptoms early on and get help early on. We know that there is a very clear link between the length of time when somebody might be suffering with symptoms before they are diagnosed, which can impact how effective our treatments can be.'

After premiering his film, Jermaine says he wants to distribute it to schools, colleges and mental health charities.

‘There is a definite stigma attached to schizophrenia. Even doing this project, there were early apprehensions on my part. But I feel it's far more important than my own experiences, it's something that we all need to be aware of.'

Watch Jermaine's Fixers film 'May Be The Devil' below and the broadcast story about his Fixers project above.