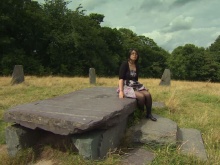 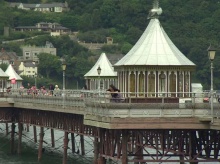 A peer in Bangor where Corinna studies 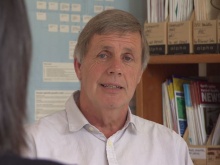 Asexuality may be a subject some people find hard to understand, but as one study shows, about 1% of British people identify with this label.

Described as having a low or lack of sexual interest in others, Fixer Corinna Wan is using her Fixers campaign to raise awareness about the orientation.

A short documentary about her story can be viewed above and will also be featured on the ITV News Cymru Wales website.

The 22-year-old Bangor University student says being asexual can be difficult in a sexualised society.

‘I just watch friends browsing through photos of hot men and saying “phwoar”, and I’d just sit there like a potato thinking, “Yeah?”’ explains the Fixer.

‘Asexuality seemed to put it all into one category for me rather than being slightly here or there, so it makes it a lot easier to categorise myself and explain myself.’

With the help of Fixers, Corinna has created a film to address asexuality as an orientation (click here to watch) and hopes it will help people better understand the subject.

In the broadcast piece, she speaks with Rob Owen from Relate, who says: ‘It’s important we have a sexual identity we are comfortable with and that matches our own inner experience.

‘It’s also important that society acknowledges people’s sexual identity and doesn’t put pressure on them to be something they are not.'

Corinna adds: ‘My Fixers project is raising awareness and understanding of asexuality and telling other asexual people they are not alone and they don’t have to change’.