Lyrics of My Life 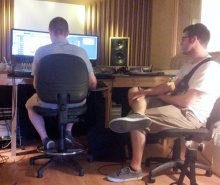 Fixer Liam in the recording studio 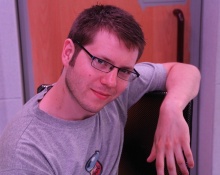 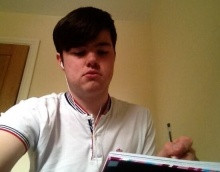 A group of Fixers have channelled their experiences of being bullied into a melodic tune, which aims to encourage others in similar situations to stay strong and move forward.

The song, entitled ‘Hold Your Breath’, is inspired by lead Fixer Ryan Mather’s personal story of being subjected to homophobic abuse.

For his Fixers project, the 18-year-old from Huddersfield was supported by fellow Fixers Liam Allen (25), who performs the song, and Sandy Nicholson (25), who wrote the song.

The lyrics act as a reminder for young people to embrace who they are and not let people’s negative comments bring them down.

Speaking about his campaign, Ryan hopes the song will raise as much attention as possible about bullying.

‘My experience with Fixers has been brilliant,' he says. 'They have supported me and helped me come up with some great ideas.

‘We are looking to get it out there on iTunes and get it on radio stations to raise as much awareness as possible.’

Fellow Fixer, Liam, who was also bullied at school for different reasons, says recording the song was an emotional experience.

‘Working with Fixers was a fantastic experience. Bullying is an issue close to my heart, because I know what it feels like.

‘I tried to use that emotion I felt as a child in the song. It was hard to relive those memories but I felt I needed to do it.

‘I hope the song will inspire others to stay positive and think anything is possible.’

Lead Fixer Ryan adds: ‘Nobody deserves to get bullied for any reason. Sometimes people don’t think about what they say and don’t realise the effect even a word can have on someone.

‘I hope the song will not only make bullies think twice about their actions, but also empower victims to stand up for themselves.’

Press play below to listen to ‘Hold Your Breath’. Click here for the lyrics.