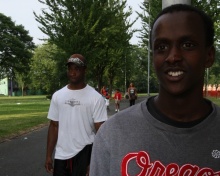 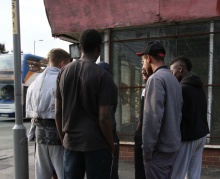 Fixers during photshoot in Manchester 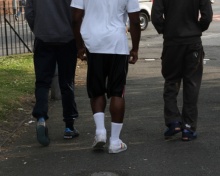 A group of Fixers from Manchester, who say they’re judged negatively for being black, have created a poster campaign to combat stereotypes.

Their poster series encourage viewers not to make rash assumptions based on looks, addressing the issue of young black men being automatically labelled by some as ‘trouble-makers’.

Fixer Yussuf Abdullahi (17) thinks the problem of prejudice is serious in his neighbourhood of Moss Side, an area which developed a reputation for crime following the riots there in 1981.

Speaking about his Fixers project, Yussuf says: ‘Through our poster campaign, we want people to think twice before making snap judgements.

‘We are nice people and just trying to get on with our lives. It’s really hard convincing people when the police are suspicious of you as well.’

The group plan to put their posters up in police stations and other public buildings to raise as much awareness as possible.

Though Yussuf and his team realise it’s not easy to change mindsets, they hope their Fixers posters will make people reconsider some of the negative labels they place on young black men.

‘It’s not a nice feeling when people cross the road to avoid walking past you or look at you in a funny way because they’re scared of what you might do,’ adds Yussuf.

‘These stereotypes aren’t going to go away overnight. But we can at least get started with trying to make some change happen.’

Scroll down to view their posters. 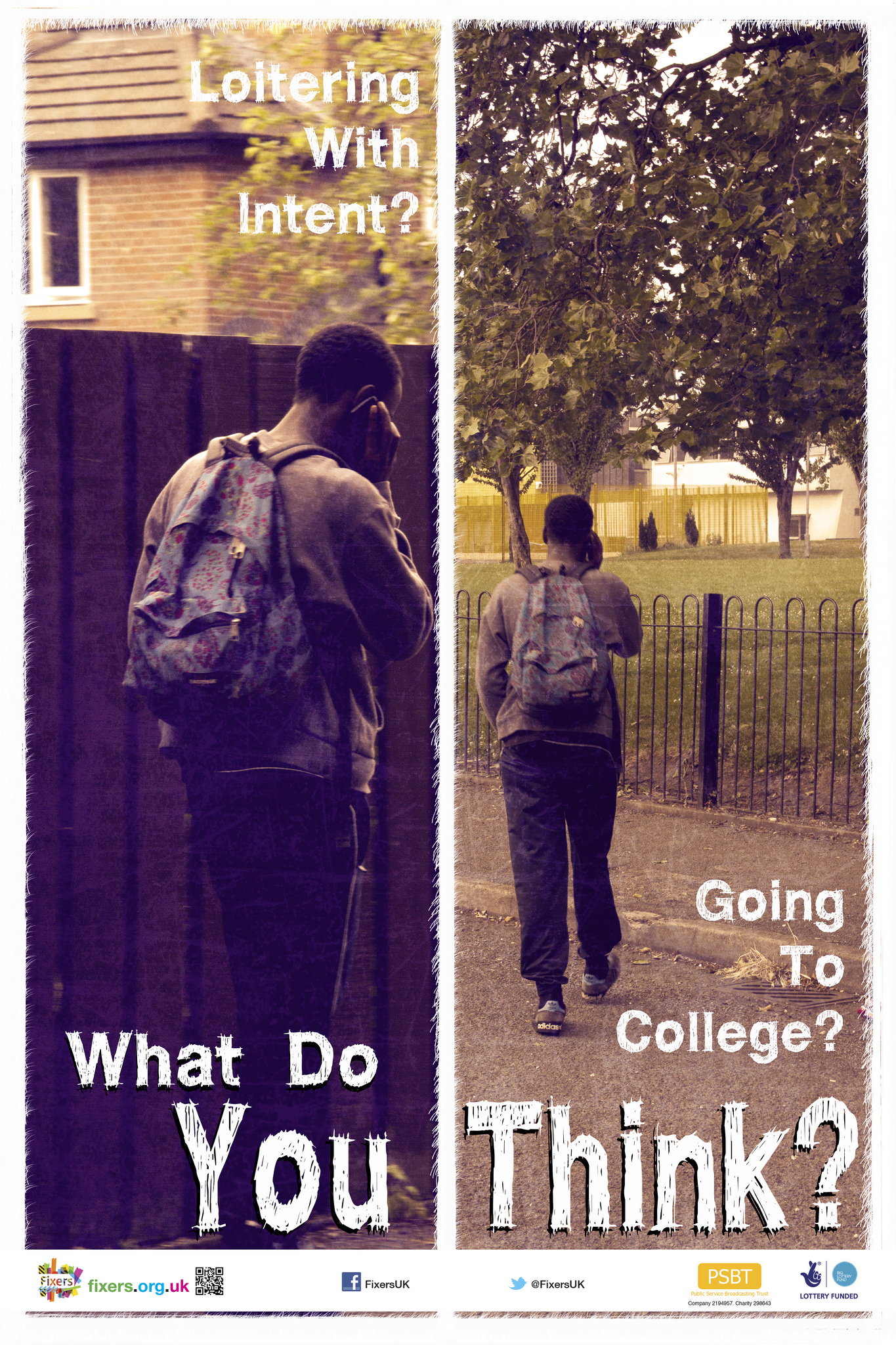 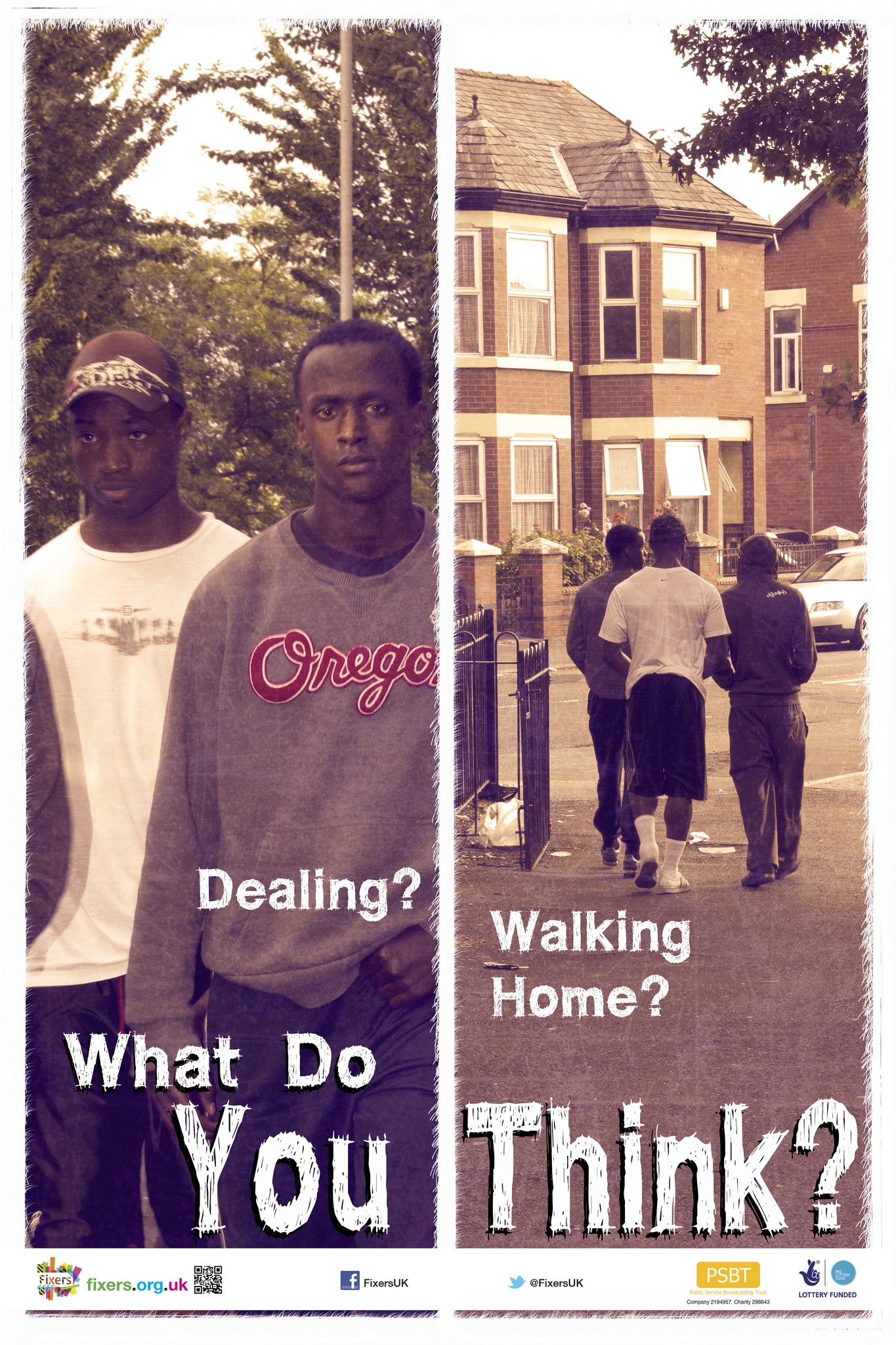 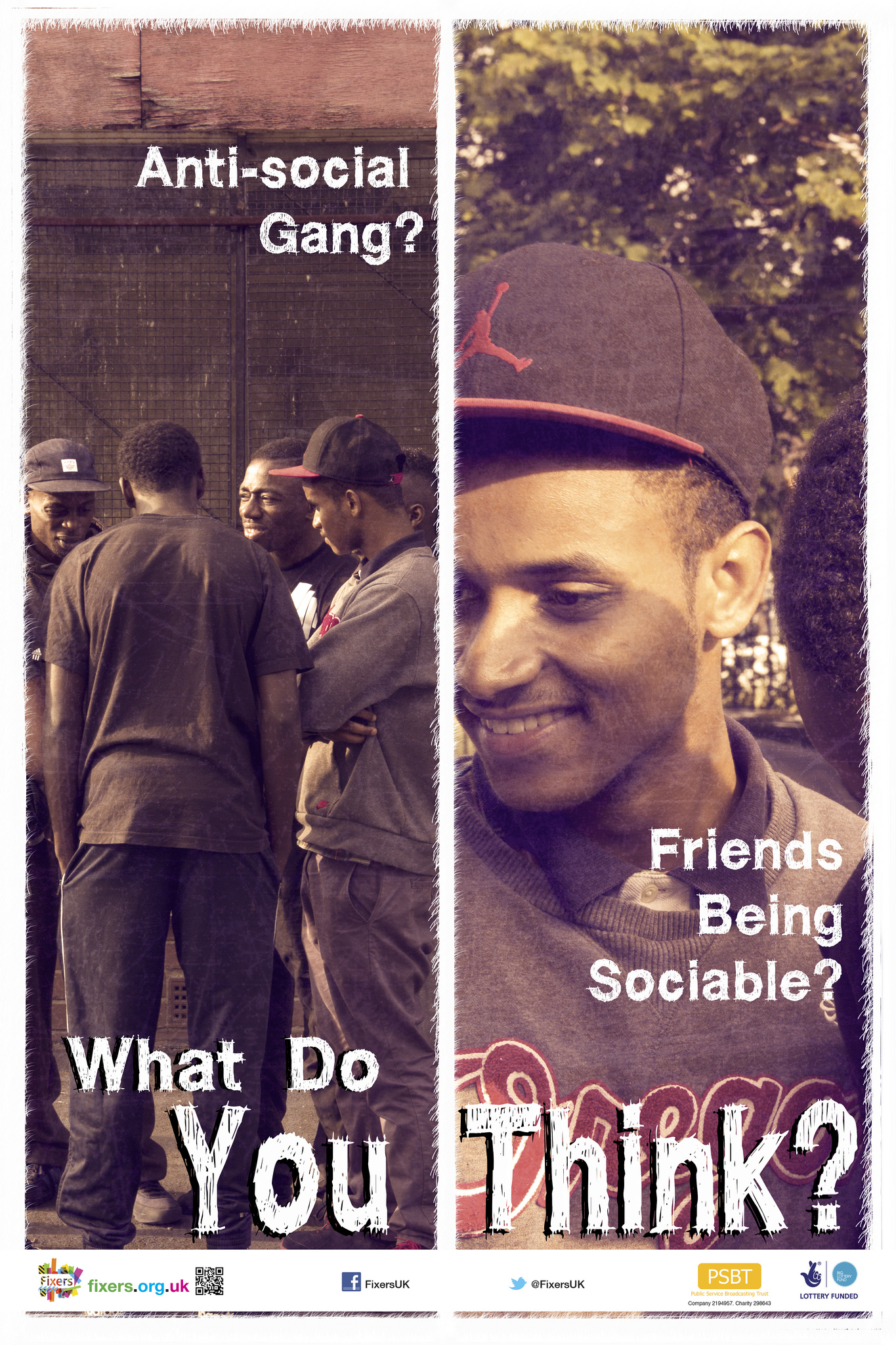