Opening Up about BPD 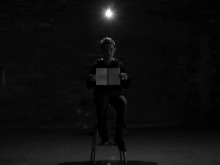 A scene from Ian's Fixers film 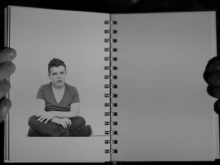 Ian uses his own experiences in the film 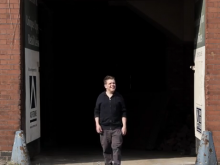 Ian in his Fixers film

After experiencing turbulent mood swings and being diagnosed with Borderline Personality Disorder (BPD), Fixer Ian Kay from Mansfield is sharing his story to inform others about the condition.

The 21-year-old hopes his Fixers film will encourage young people to seek medical advice if they think they have symptoms of BPD, specifically targeting young men who may have the disorder.

Research shows that men will seek medical advice far less than women, and with symptoms like vulnerability associated with BPD, experts suggest that many men might think it ‘un-manly’ to talk to their GP about it.

Ian, however, says seeking support is the first step towards getting better.

‘Recovery may not be about getting rid of every symptom, but accepting that you need help,’ he explains.

‘Despite the obstacles and challenges, recovery from Borderline Personality Disorder is possible.’

The spoken-word film, entitled ‘Black & White’, is partially shot in that colour scheme to reflect the cut and dry way a person with BPD sees the world.

Ian hopes his Fixers project will educate people about some of the early signs and symptoms of having the condition, and help eliminate the stigma surrounding the disorder.

Despite experiencing many ups and downs – including more than one attempted suicide - he wants his Fixers project to give hope to others going through similar experiences.

‘I think everything that I’ve gone through has made me a stronger person. The feeling of isolation is behind me and I’m building towards a happier life and a brighter future’.