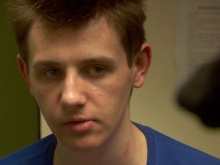 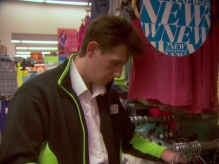 Lewis being filmed at work 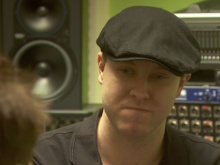 Living with autism can be an isolating experience – especially when your behaviour is often misinterpreted by others.

Knowing the challenges all too well, 17-year-old Lewis Beeston wants to raise awareness about the many facets of the disorder.

His story will be featured on ITV News Tyne Tees on Thursday 5th September, between 6:00 and 6:30 pm.

The Fixer from County Durham, who was diagnosed with autism at the age of seven, often felt confused and misunderstood as child.

Concerned that many autistic young people like him are wrongly viewed as being rude or badly behaved, Lewis is creating an ‘A-Z of Autism’ booklet for his Fixers project, with each letter representing a word in the autistic spectrum.

He hopes the project will help people better spot the signs of the disorder.

‘It’s a diverse world, so you’re not going to get accepted by everyone; but I think you can be accepted by a lot more people.’

To find out more about raising awareness about autism, Fixers arranged for Lewis to meet singer and former X Factor contestant, Scott James, who has Asperger’s syndrome.

In 2009, Scott released a song called ‘Through My Eyes’ to raise money for autism charities. The lyrics describe what it’s like to have autism or Asperger’s syndrome.

'I don’t think many understand how vast and diverse the autistic spectrum is,’ explains Scott.

‘We’re different but we’re different in a good way - in our way. And we’re still just as good as anyone else, so it really needs to be shown.’