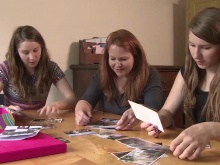 The two sisters and their foster mum, Helen 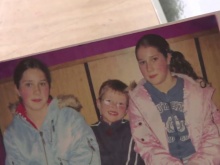 The sisters when they started care 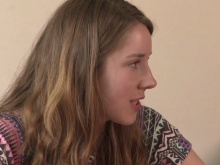 Two young women, who experienced depression after bottling up their emotions while in foster care, are using a film to encourage young people in care to take advantage of the support available to them.

Their story was shown on ITV News Anglia on 8th August 2013.

Fixer Charlotte La Riviere (19), from Luton, was placed in foster care with her twin sister, Laura, when they were 11 years old.

In the beginning, Charlotte and Laura found it hard to adjust to their new life. They did not open up to their foster family, and distrusted them initially.

At the time, the sisters did not think avoiding their family would matter, but they developed depression during their teens because of their feeling of insecurity and isolation.

‘I remember when I first came into care I was very frightened, very shy and very insecure,’ says Charlotte.

‘It took a few years for me and my sister to begin to trust our foster carers. We thought that no one really cared about us, and we had been told that some foster carers are not that nice.’

The twins were offered counselling, but admit they did not take advantage of the opportunities which were there to support them.

In the piece, Charlotte and Laura speak with their foster mum, Helen, about their early foster care experience, and they meet Brenda Farrell from children’s charity Barnado’s about the issues children in care face.

She says: ‘Young people feel vulnerable in care – they face some of the biggest challenges that they experience in their life. Trust is an important point and that comes with time.’