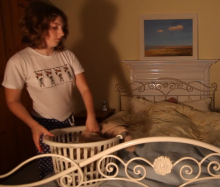 A scene from the young carer film 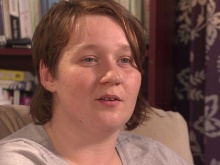 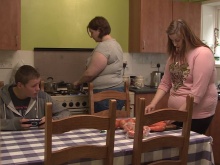 Becky preparing dinner with her siblings at home

A Worcester Fixer has made a film aiming to raise awareness about the plight of young carers and the support they need.

Becky Rowe (22) and her sister, care for their mum who has physical and mental health problems, preventing her from completing many household tasks.

Her Fixers film shows just how different a young carer’s life can be.

‘It's not easy by any means and requires a lot of dedication,' she says.

‘This is what we wanted to show in our film, because, the truth is, not many people know what a young carer is.’

Becky has been looking after for her mum since she was 14 and her duties include everything from washing clothes to managing household finances.

However, she insists it’s something she doesn’t think twice about.

‘Of course, if I could wave a magic wand and wish everything to be fine, I would.

‘But you just get on with it. It’s really difficult seeing your own mum like this but there was a time when she had to look after me, so it’s only right that we are there for her.’

Fearing nobody would understand, Becky didn’t really speak about caring for her mum at school.

She did however find some respite at the Worcestershire Young Carers Group, which she visits once a month to speak with other young carers.

‘It’s nice to have that time to just take a break and hear how other people like yourself are coping,' she says.

‘Although it’s not easy, I’m quite lucky because I’m not on my own.

‘I speak with some young carers who’ve been looking after their loved ones since the age of seven.’

Becky and her group plan to take their Fixers film to schools, hoping it will create better understanding as well as show other young carers that they too are not alone.