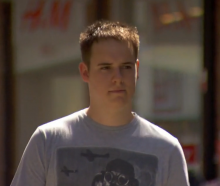 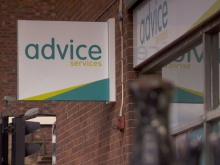 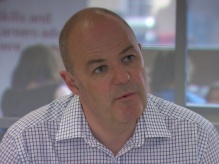 It is estimated that about 20% of 18 to 24-year-olds in Cumbria are NEETs - not in employment, education or training.

But Sam Jackson, a social worker from Allerdale, wants to encourage more young people to have higher career aspirations.

His story was shown on ITV News Lookaround on Wednesday 14th August.

The 19-year-old believes too many locals decide only to follow their parent’s job path and don’t set their sights higher.

‘The main thing I’ve noticed is they don’t have any aspirations and tend to follow the trend that their friends are doing or their brothers or their sisters have done before them,’ he explains.

‘Nobody really knows what they want to do themselves.’

Sam has been involved in youth work for three years and his job brings him into contact with a range of teenagers in the Allerdale area of Cumbria.

He says that over that time he has seen a steady decline in the enthusiasm of 13 to 16-year-olds.

His Fixers project aims to broaden their career horizons, helping them to realise the range of opportunities available to them.

Mark Bowman, the Chief Executive of Inspira which offers careers advice for the county council, also offers his point of view on the issue in the piece.

He says: ‘Youth unemployment is a growing problem nationally and Cumbria’s no exception.

‘Qualifications aren’t the be all and end all. Employers will often say that they’ll train for skills themselves. They’re happy to do that. But they absolutely need to recruit for the right attitudes.’