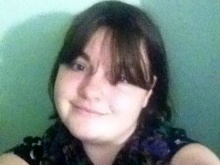 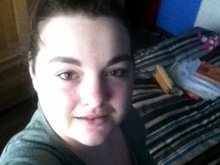 Dealing with dyspraxia on a daily basis can have its challenges – but for Fixer Abi Hocking, one big obstacle has been people’s lack of awareness of the disorder.

The 17-year-old from Porthleven, Cornwall says many people misunderstand the condition, and feels often cast aside as just being ‘stupid’.

Her Fixers campaign aims to awaken teenagers to the struggles those with the condition face.

Dyspraxia is a disorder that affects movement, co-ordination and motor skills. Around five to six per-cent of people in the UK are said to have the condition. Though the symptoms can vary, the most common are often the inability to maintain balance or coordinate limbs.

Abi finds it difficult to sit upright and sometimes falls off chairs. She also has mild dyslexia which prevents her from communicating effectively, particularly in writing.

The Fixer has experienced bullying because of the disorder, but believes her short animation film will help people understand that dyspraxia does not deserve ignorance.

‘Sometimes I’m called stupid, and it makes me feel angry,’ says Abi. ‘But I always think to myself that, actually, the bullies are the stupid ones for not trying to understand my situation.

‘The labelling I receive is the worst part of having dyspraxia. I am not stupid or clumsy – I do have a disorder which needs treatment and support. But people cannot often see past that and outcast me.

‘It is a shame, because you feel different and left out. It can be quite lonely.’

There is no known cause of dyspraxia, but it can be treated through a range of therapies.

Abi hopes her animated film can be used in schools and hospitals to makes people aware of the condition.

‘Dyspraxia should not be swept under the carpet or ignored, as a large amount of people in Britain have the condition,’ adds Abi.

‘I hope my work with Fixers can change the way people think about dyspraxia, and encourage people who are perhaps dismissive of people different to them to just look below the surface of what their differences may mean.’