Getting a Second Chance 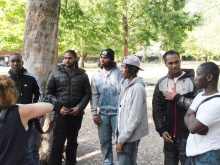 The group on shoot day 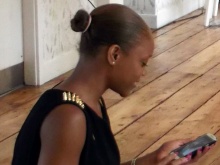 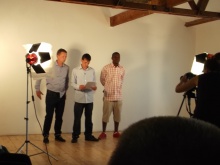 A group of young people, who feel stereotyped by others due to their criminal background, are creating a short film to show others that despite their history they can still have a positive future.

The Fixers - some of whom are ex-offenders themselves – feel that many young people who have committed petty crimes in the past are written off by society.

They hope that through a short film, people will begin to challenge the assumption that young offenders have ruined their prospects.

Lead Fixer Shauna Dacres (22), who works with the User Voice charity to stop youth re-offending, thinks people need to see the good things ex-offenders achieve after they have stopped leading a life of crime.

‘A lot of people who perhaps committed small crimes when they were younger go on to do amazing things,’ says Shauna.

‘Everyone experiences stereotypes in one way or another, but prejudices against people who are trying to rebuild their lives are really damaging.

'It just does not give them any support at a time when they need it the most.’

‘Just because someone has a criminal record, it does not mean they cannot go on to achieve great things. Young offenders need support, not judgement from the public,’ she says.

‘The prejudice may actually push young people back into crime. I hope our film shows young people in a new light and encourages others to change their views.’