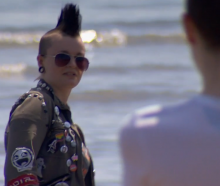 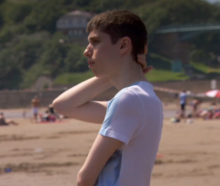 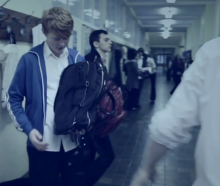 More than half of lesbian, gay and bisexual students (55%) experience homophobic bullying at school – this according to the charity Stonewall.

A group of Fixers from Scarborough, who know this fact all too well, are creating a campaign to put a stop to the discrimination facing LGBT youth.

Their story was broadcast on ITV News Tyne Tees on Wednesday 7th August.

Fixers Millie Allen and Nathan Jarvis (both 23) were verbally and physically abused in school because they are gay.

They now want others to see just what this type of bullying can do in the long term.

‘I just thought I was ugly and that being gay was a really bad thing to be. I wanted to try and change myself so I wouldn’t get picked on anymore,’ says Millie, who came out at 13.

‘It was always very hurtful homophobic language even before I told anyone. I look back and think I shouldn’t have let people make me feel like that, but at the time I felt like I had no way to escape.’

Fellow Fixer Nathan Jarvis thought the bullying would never stop. He says: ‘I was bullied even before I knew I was gay.

‘It made me feel like this was the way it was always going to be - that I would always be mocked and judged by people.’

For their Fixers project, they are creating a film based on their own stories, which they plan to take into schools around North Yorkshire.

Also appearing in the piece is the Director of Yorkshire MESMAC, Tom Doyle, who maintains homophobic bullying has a major impact on the lives of LGBT young people and makes them more likely to commit suicide, think about suicide and self-harm.