Getting Young People to Shine 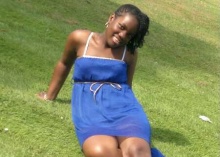 Fixer Shaverne in the sun 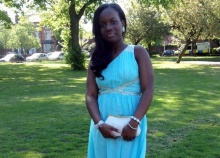 If you are shy, presenting a talent show to a large staring audience of people is perhaps something of a nightmare.

But one Fixer is daring to get on stage, with a whole host of talented young people, to encourage young people in her area to feel more confident and proud of who they are.

Shaverne Farrell (16) used to hide away from activities in class and would often stay in the background at social situations.

She would be particularly sensitive to bullying from her peers and used to cry if something bad happened. But as she grew up, her sensitivity changed.

‘I began to learn that there are always people who are going to dislike you, but equally there are a lot of people who love you just for who you are,’ Shaverne says.

‘I used to hide away in a shell because I was afraid of what others would think of me. Now I have dealt with my shy feelings, but I know there are many young people who are perhaps struggling like I used to.’

Shaverne is planning a ‘Shine’ talent show in her town of Uxbridge, West London, to give young people a stage to express themselves.

The event, which is being planned for the autumn, will feature young people showcasing whatever talents they have, including singing, dancing, acting and comedy.

Shaverne also hopes to run workshops boosting self-esteem in the lead up to the event.

‘My message to everyone through this project is that it is alright to be yourself,’ she says.

‘I hope my event can encourage young people to have faith in themselves. Everyone is different, and we should celebrate this difference.’

Shaverne is currently working on ideas for her talent show. You can keep up to date with information by following her on Twitter or by liking her Facebook page.