Sharing Safety on the Roads 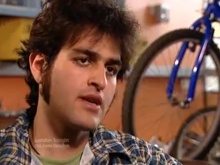 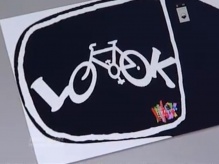 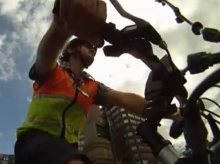 Choman on his bike

A passionate cyclist, who feels drivers and cyclists could do more to coexist on the roads, is promoting a road safety campaign on ITV to encourage road users to look out for one another.

Choman Saeed (22) moved to London from Iraq six years ago, and was shocked at the frantic nature of cycling on UK roads, and the seemingly poor relationship between drivers and cyclists.

Educating drivers and cyclists about road safety is a topic of particular importance to Choman, whose friend was hit and killed by a truck while cycling in London.

‘I cycle a lot around London, and there is a definite tension between cyclists and drivers,’ he says.

‘Cycling is not dangerous in itself, but there are drivers and cyclists who do not understand how they should be using the roads, and so they make cycling a very dangerous hobby.

‘It is this bad behaviour which gives cyclists a bad name, and only further cements this tension between road users.’

Although statistics show that the number of cycling-related deaths on London roads is slightly lower in 2010 than the previous year, the figures of cyclists seriously or slightly injured has increased.

Choman hopes he can encourage drivers to respect cyclists through a unique bumper sticker campaign.

He also speaks with London cycling blogger Andreas Kambanis who shows the dangers of cycling in London, and Vicky Carnegy, founder of Cycle Training UK, who talks about how cycling standards are improving.

‘I love to see cyclists on the road,’ says Choman, ‘and I hope this campaign encourages people to get onto the roads and share the roads effectively with other users.’

You can see Choman’s ITV piece at the top of this article.