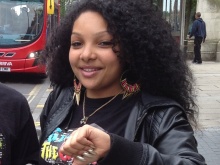 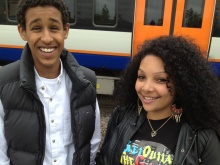 A young woman is challenging the misconceptions held towards gangs in order to encourage others to consider why a person might become involved in gang culture.

Temi Mwale (17) grew up on a London estate where gang issues were at the forefront of her community, and she knows a lot of people in such groups who became involved in crime.

But rather than condemn the gang members, Temi tried to understand what pushed them to join.

Through a short film, the Fixer wants to highlight the reasons why people join gangs, and stop the public from formulating assumptions about these types of individuals.

‘I grew up on Grahame Park estate in Barnet, London, where gang culture has always been a part of the community,’ says Temi.

‘There’s such an emphasis on money and success, and such lack of direction to achieve other dreams, that people do become involved in gangs and serious violence.’

‘However, when a childhood friend was murdered, I was affected in a completely new and tragic way. By knowing someone personally who lost their life, I started to understand the realities of this culture.

‘But I do not think we should judge young people in gangs. It is very easy to point fingers without looking at all the facts. Everyone engaged in gang-related issues needs to be supported to break the cycle.’

Temi, who founded Get Outta The Gang in response to the lack of gang prevention in her area, hopes her short film will help young people stay away from gangs, and show others in her area why people join gangs.

‘There is no mould for a ‘gang member’. People have different motivations for becoming involved, and I am tired of unhelpful assumptions which label people.’