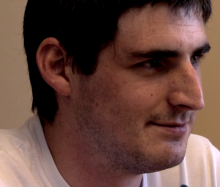 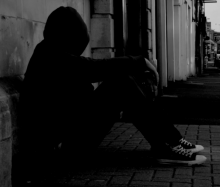 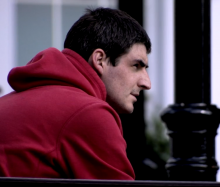 With homelessness a reality facing many young people in the UK, Fixer Matt Smyth wants to challenge common perceptions that a life on the streets is a result of drink and drugs.

Watch his story, which was broadcast on UTV Live on Friday 12th July, above.

The 22-year-old from Ballymena, County Antrim, works with homeless people in his area, and says he has learnt there are a range of reasons for homelessness.

He insists young victims are increasingly subject to family breakdown and other financial problems.

‘I’m passionate about raising awareness of this issue after seeing statistics showing how many young people it affects in Northern Ireland,’ he says.

‘Just because you’re homeless, it does not make you any less of a person.'

He is working with Fixers to create a short film aiming to challenge negative perceptions around homeless young people.

In his broadcast piece, Matthew gets a real-life account from a 23-year-old homeless man.

'Sean', who does not wish to be identified, has been homeless since he was 18, and explains how he feels ‘alone, isolated and cut off from the world’.

‘People have treated me like a scum-bag,’ he says. 'I’ve sat on a bench at 2:00am, just crying my eyes out at the fact that I do not have somewhere soft to sleep.’

Also in the piece is Kerry McWilliams, team leader at Simon Community, who helps provide emergency accommodation for people who are homeless.

She highlights 'sofa surfing' as an additional issue among young people - a practice which is not recorded in homelessness statistics.

‘It is a big problem,' she says. 'Some of these people might be living in a tent or on various sofas through the week. As a result they're not showing up in anyone's statistics and are in invisible set of victims.'