Dying to Drive Fix on ITV 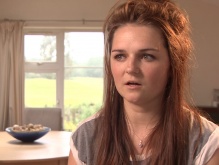 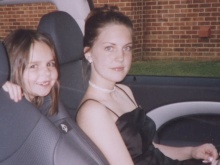 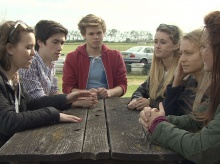 Abi speaking about road safety to other young people

Road accidents are the number one killer of young people in the UK.  It's a fact that Fixer Abi Phillips knows all too well, as her sister was killed weeks before her 18th birthday after accepting a ride from an unlicensed teenaged driver.

Watch her story, which was featured on ITV News Meridian (W) on Thursday 4th July, above.

Abi, from Liphook, Hampshire, was nine years old when her sister, Kelly, died in the road accident.  Kelly had accepted a ride with an unlicensed driver who lost control of the car and hit a tree at 80mph, killing them both instantly.

Now 18 herself, Abi has found it hard to accept the reality that she is older than her sister was at the time of her death.

‘Turning 18 should be the most exciting birthday because you turn into an adult,’ she says.

‘For me it was very difficult because of my sister’s death.  My older sister was my role model, and then she was just gone because of a silly mistake.’

Rather than dwell on what could have been, Abi has joined Fixers to encourage greater driving skills among young people through a short film, and hopes the driving test can be overhauled to teach better road safety.

‘I feel that doing this road safety campaign is the only way I can really get anything positive out of her death, because I just don’t want this to happen to anyone else,’ she says.

In the film, Abi speaks with other young drivers about road safety, and Emma Gardner from Drive IQ who believes there may be an evolutionary reason for a lack of skills among young drivers.