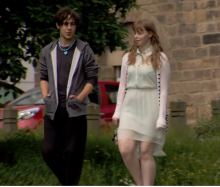 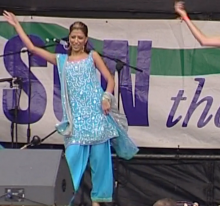 The group hope to organise a multi-cultural festival 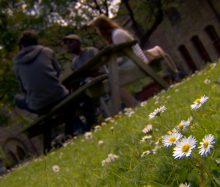 Fixers talking to victim of racism

The North East is one of the least diverse areas in the UK with 94 per-cent of the population identified as ‘White British' - eight per-cent higher than the national average.

But a group of young people from North Shields are confronting this lack of diversity through a community event.

Watch their story, which was featured on ITV News Tyne Tees on Wednesday 10th July, above.

Lead Fixers Danielle Leet (18) and Liam Carrasco-Minto (17) say they have faced intolerance because of their background or ethnicity. Danielle was born in Germany, and Liam is half Spanish.

Danielle says she has been called a Nazi, while Liam has been bullied because of his Spanish blood.

‘I was born in Germany because my dad was in the army and we moved around a lot. When I’d tell anybody I would immediately get that I’m a Nazi,’ says Danielle.

‘Even if I explained really hard, they just would not listen.'

The group are working with Fixers to stage a multi-cultural festival with the aim of bringing people together from different backgrounds.

In their broadcast piece, the pair visit a victim of racism who says this sort of discrimination based on ethnicity has changed over the years.

‘We’re growing up in a world where we are not teaching unity. Different colour same pain.’