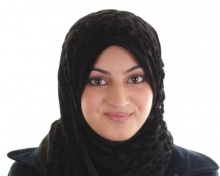 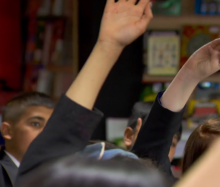 Is academic achievement a postcode lottery? Fixer Zeynab Ahmed thinks not and is now tackling the lack of ambition in her community of Bradford.

Watch her story, which was broadcast on ITV News Calendar on Thursday 4th July, at the top of this story.

The 25-year-old wants to address the culture of crime and drugs in her neighbourhood of West Bowling, and change young people’s mindset towards education.

‘Many people assume that because of where they’re from, that is all there is for them,' she says.

'They do not see education as an opportunity to get out of the cycle of poverty and unemployment.

‘I want to inspire young people to do well in school. There are inherent problems in Bradford when it comes to crime and many young people cannot see a way out.’

Zeynab is making a short film for 11-12 year-olds with the help of Fixers that will feature positive role models she thinks young people should look up to.

In her broadcast piece she speaks with high school students and business leaders about how more young people can be successful through education.

Zeynab also speaks with Mick Statham from Bradford's National Union of Teachers (NUT) about education in the area.

‘Sometimes I think young people can get bogged down, they see others who are not working or in training and they can think that’s my future, that’s all there is for me.

‘It’s whether a young person believes in themselves and ultimately whether they believe they will go onto be successful.’