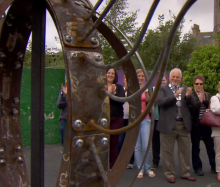 Unveiling sun sculpture to the public 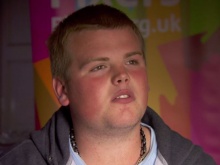 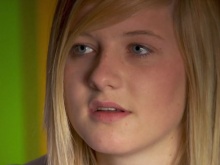 A group of Fixers, whose town was one of the first in England to use a curfew order against under 16s, want to change the way young people are viewed in the community.

The teenagers from Wigton, Cumbria hope a piece of community artwork, created with the help of Fixers, will stop youngsters from being stereotyped and will bring the town together.

Watch their story, which was shown on ITV News Lookaround on Thursday 4th July, at the top of this story.

Lead Fixer Nathan Rumney (17) remembers the 2004 Curfew Act which stipulated that under 16s had to be at home by 9pm during the Easter holidays.

‘It is very stigmatising for young people because they think we’re all bad when it’s not the case,' he says.

In his piece, Nathan and his group unveil ‘The Shining Light of Wigton’  which is a metal sun sculpture aiming to promote unity in the community.

The artwork will be displayed at the local Something for The Summer (SFTS) event in August, as well as other festivals in the summer.

Fixer Abbie Rear (17) hopes the sculpture will help change the negative perceptions some local residents have about young people.

‘We just want to show the people in the community that we aren’t all that bad,’ explains Abbie.

‘And we want to spend some time with them to show them that we can do something good in the community.’

Describing the sun sculpture, Nathan explains: ‘Each “ray” that comes off it is going to be decorated by a different part of the community to show that we are together and united.

‘It’s made out of metal so it’s not going to break. It’s going to be there forever, so people can always see it and show what Wigton is.’

Brian Abbot, the artist who made the sculpture, adds: ‘It will still be around in 50 years’ time, so the next group of young people can tidy it up or work on it again.’