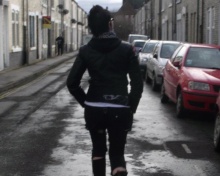 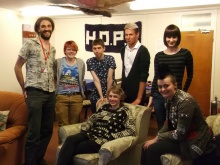 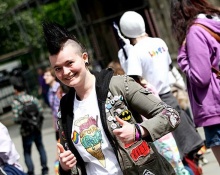 A Fixer from Scarborough, who feels there’s a distinct lack of support for young gay people in her town, is making a film with Fixers to provide more support to LGBT youth and promote tolerance in her community.

Millie Allen (23) spent years feeling confused about her sexuality before coming out to her friends and family when she was 16.

Prior to coming out, Millie was reluctant and afraid to speak about her sexuality, because she had heard some people in her town voicing negative comments about homosexuality.

Her fears were confirmed after she came out and was subjected to homophobic abuse which led her to develop social anxiety and depression.

‘I was always very scared to tell anyone I was gay. I would hear negative comments about homosexuality and think that there was no point in bringing the attention on myself,’ she explains.

'When I did come out, the constant name-calling made me feel very low and shattered my confidence. I was always looking over my shoulder or waiting for someone to say something negative about my sexuality.’

The 23-year-old says her friends and family were very supportive of her decision to speak out publicly about homosexuality, and that their support has allowed her to be more open about her life.

She says: ‘I felt like I had been bottling it up for such a long time so it was a relief when I could finally tell someone. Lifting this weight off my shoulders has allowed me to be myself.’

With the help of Fixers, Millie is creating a short film aimed at secondary schools which discusses people’s real-life experiences with coming out and how hard it is growing up when you feel there is no one to talk to.

‘When I was coming out, I did not feel there was enough information out there or any support,’ Millie explains.

‘It’s better now in my town, but the topic of homosexuality is still taboo. We still need to let people know there’s someone out there for them.’