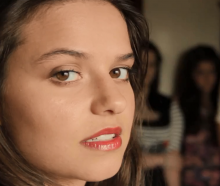 Victim in the film 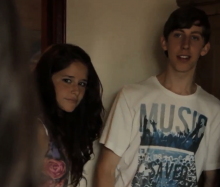 Actors portraying cyber-bullies in the film 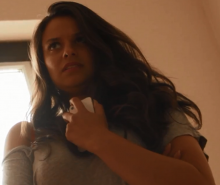 Actress playing victim in the film

Posting photos online may seem like a harmless act, but a student from Harrogate has completed a short film showing young people the flip side of ‘internet fame’.

Jade Weatherill (17) is concerned too many people are sharing inappropriate images of themselves on social media without thinking about the consequences.

Jade has seen the repercussions first-hand when, just last year, her friend was photographed naked and the image went viral on the internet.

‘She didn’t even know about it,’ explains Jade. ‘When we found out, I felt so upset for her. She didn’t leave the house for weeks. It affected her a lot.’

Using her experiences, Jade’s film (view above) shows how posting intimate pictures on social media can have significant ramifications and lead to cyber bullying.

‘The idea is to circulate the film online via Facebook and other social networking sites so we can get the message out there,' she says.

‘It’s a very current problem and hopefully the film we’ve created with Fixers will get noticed.’

Jade, whose Fixers campaign was also featured on ITV News, says she sees inappropriate pictures on Facebook all the time.

She wants young people to realise they’re not just sharing images between friends, but potentially the whole world.

‘People need to think twice about what they're posting online. Some of the stuff I see is disgusting,’ Jade says.

‘You don’t know who is looking at them either, it could be anyone.

‘I think they do it because it makes them feel wanted if they know people are commenting on their pictures.

‘But it can so easily go bad and that’s the danger.’