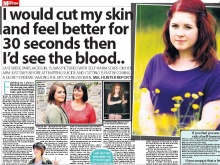 The Daily Mirror feature including Natalie and Imogen's stories 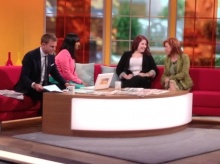 Natalie with the ITV Daybreak presenters 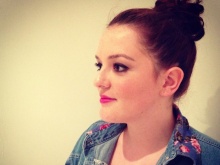 It may be a topic which is taboo, but two Fixers with personal experience of self-harm have been making national headlines to bring millions of people’s attention to the issue.

Natalie Brown (18) and Imogen Smith (23) both appeared in a Daily Mirror feature discussing the realities of self-harm.

According to research, the UK has the highest number of self-harm incidents in Europe.

Natalie, from Leicester, hid her scars away for years but has worked with Fixers to highlight the signs of self-harm in others. (Click here to find out more about Natalie's Fixers campaign).

Alongside the Daily Mirror article, Natalie appeared on ITV Daybreak last week to talk about her Fix.

Speaking about promoting her Fixers project to a larger audience, she says: ‘To have ITV Daybreak and the national press use my story are all steps in the right direction.

‘Most of the time, when the topic of self-harm is brought up, people shy away from talking about it.’

‘I was really nervous because I had never done live television before, but I’m glad I had the opportunity.’

Natalie, who began self-harming during her teens after feeling isolated at school, is using the posters she created with Fixers to raise awareness about the issue.

‘Showing my scars has not been easy but Fixers has given me the confidence to be myself again,’ she adds.

Bristol-based Fixer Imogen Smith (23) self-harmed throughout her teens to deal with the injustice she felt she faced while battling anorexia, and the feelings of isolation that resulted from undiagnosed depression. (Click here to find out more about Imogen's Fixers campaign).

Unlike Natalie, who kept her self-harming a secret, Imogen was unable to hide her scars due to her circumstances in hospital, despite feeling ashamed and desperate for privacy.

‘Self-harm provided me with a short-term release from my emotions and dark thoughts, which at the time were overpowering,’ she explains.

‘Recovery from self-harm takes time. But it has been great to get this issue into national news, and I am pleased that I can use my experiences as a platform to help others.

'Only by raising the profile of self-harm can we fully understand the topic and properly help those who self-harm work towards recovery.’

Imogen is creating a website with information and advice on coping with self-harm, and hopes to publicise the website over the summer and transform it into a registered charity.

Click the image below to read the full Daily Mirror article 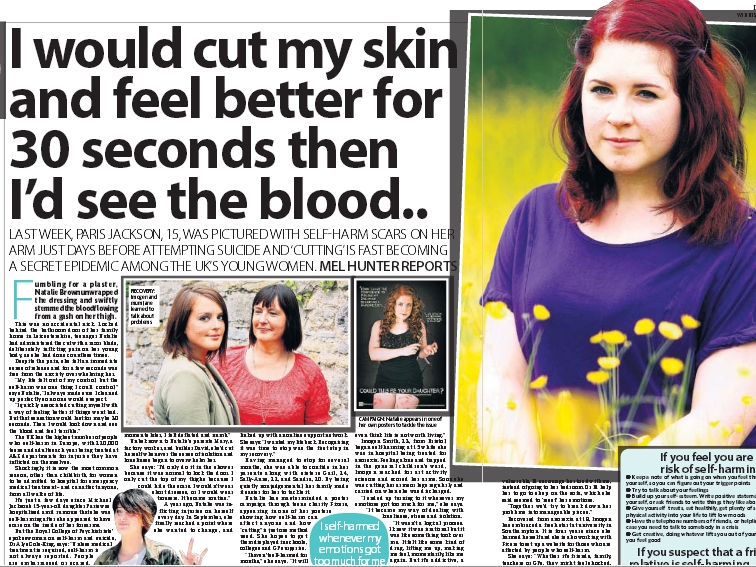 Author: A. Scrace and N. Farooq