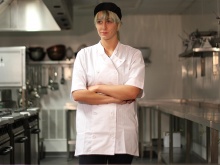 Fixer Stacey dressed as a chef for one of her posters 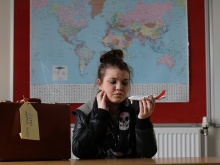 A 22-year-old Fixer is leading a poster campaign to give young people greater awareness of their rights, as she believes many young people can be exploited due to their age.

Stacey Blundell's range of posters will go on display at youth centres across Wrexham, North Wales, to help young people understand if they are being discriminated against.

Stacey and her group were inspired to become Fixers earlier this year after hearing stories from friends about discrimination they faced in the workplace over wages, complaint procedures, and holiday allowance.

She believes many young people accept inequalities in life as part of the argument that being older means you are entitled to more.

‘Many young people are either not confident enough to speak up or too scared to complain if they feel mistreated in terms of work, holidays, pay, or the information they receive,’ says Stacey.

‘This fear is because young people are not taught their rights, and only pick them up along the way to becoming an adult. They have no awareness of how to fight things that are unfair and are often just patronised.

‘Young people should be shown more respect, and be given information to gain more awareness of their rights and to know how tackle discrimination issues if they arise.’

Stacey, who is a shop manager in Wrexham, has completed the first photo shoot for her poster series and hopes to distribute them by July.

Click here for more information on young people's rights in the UK.

You can see Stacey's posters below (English version), but click to view the Welsh language versions. 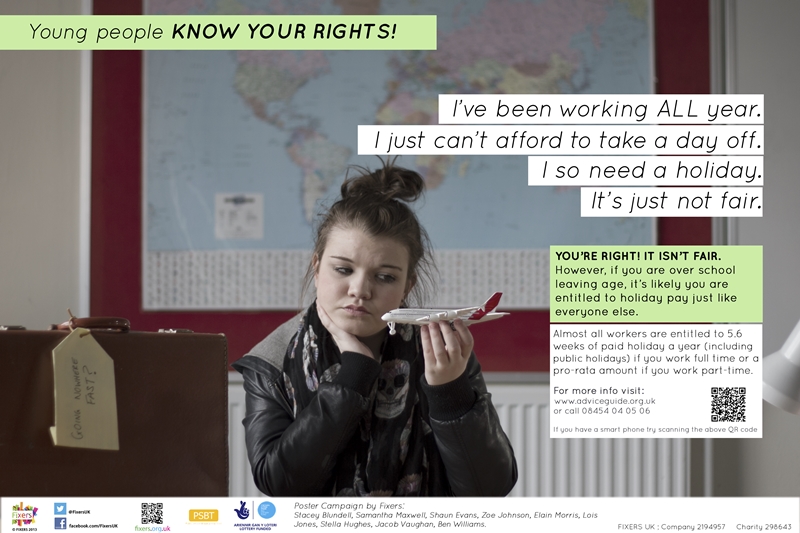 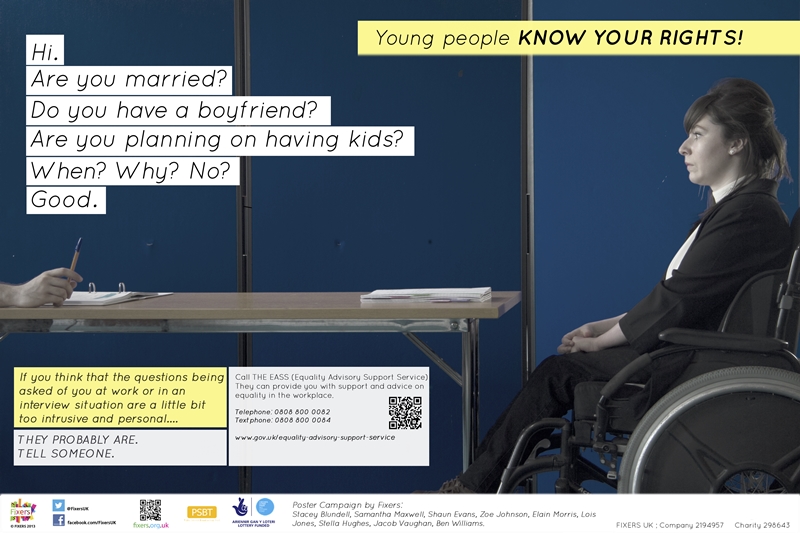 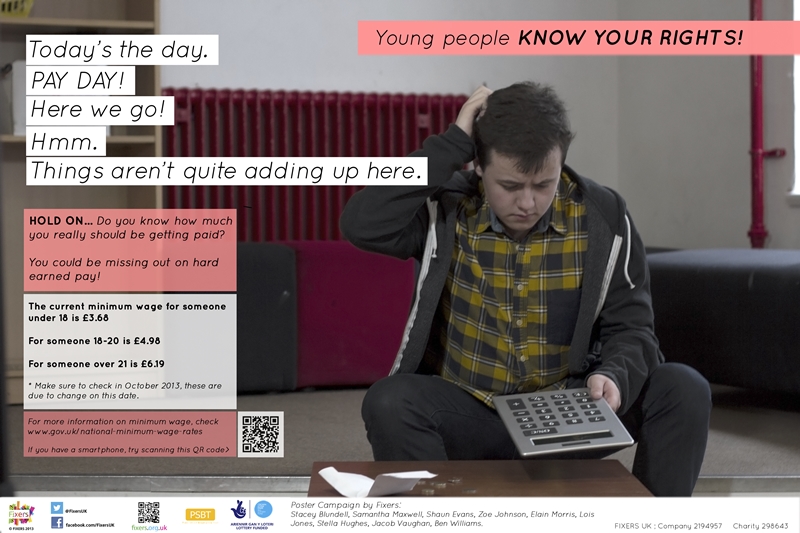 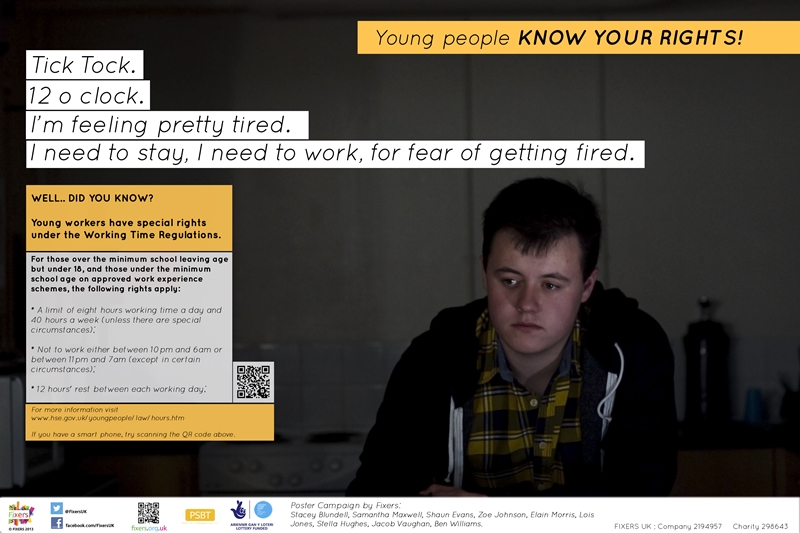 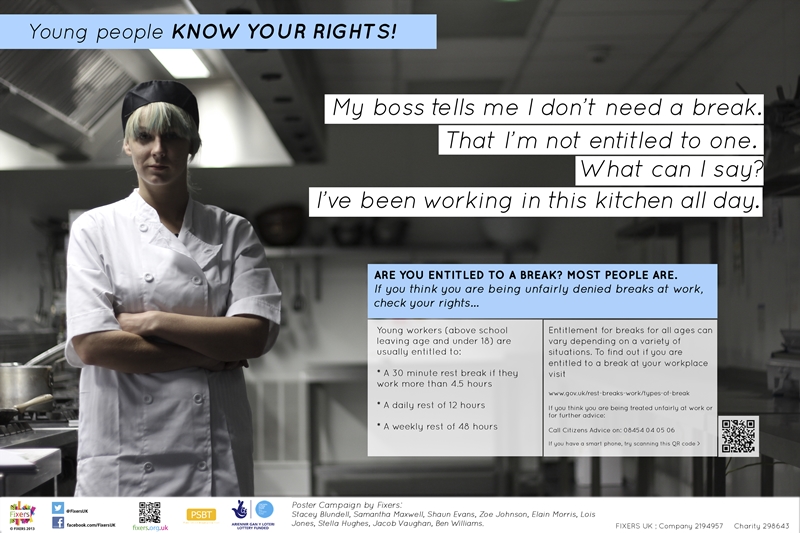