‘Out of My Hands’ Film Complete 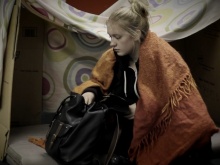 Main character of the film in her makeshift tent 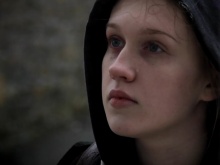 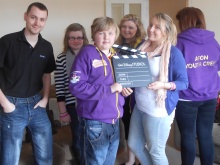 The group from Bron Afon Community Housing filming the piece

A group of Fixers, determined to change the perception of the homeless in their area of Wales, have completed their short film encouraging people to see that homelessness is not a choice.

The film, entitled ‘Out of My Hands’ (view above), details events in the life of a girl which were beyond her control but still contributed to her becoming homeless.

Through the film, the team hope to show that homelessness, particularly in their county of Torfaen in South Wales, is often a consequence of a variety of negative events which are not always the fault of the homeless person.

Suzy hopes this film will make people in her area aware of the issue of homelessness, and encourage them to assist homeless people where possible.

‘There are many reasons why someone may become homeless, and these are not always apparent when you just see someone on the street,’ she says.

‘A lot of homeless people receive bad press because people seem to think they have caused their own homelessness, through mistakes or bad decisions.

‘But this is not always the case, and there are many reasons which are often uncontrollable which can lead to becoming homeless.’

Suzy and her group hope to screen their Fixers film across their area to change the public’s attitude towards homelessness.

‘The film has been great to make,’ Suzy adds. ‘It’s been really great to see our ideas come to life and be moulded into this strong, powerful message.’