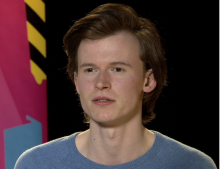 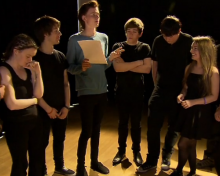 Michael with colleagues helping his project 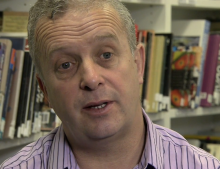 A Liverpool Fixer, who feels teenage depression is often misunderstood, wants to use his experience to help people spot the signs of the condition, so support can be provided and lives can be saved.

Nineteen-year-old Michael Ashton has had depression since the age of 15.

Through his Fixers campaign, Michael aims to highlight the symptoms of depression in young people – so fewer cases will go unnoticed or mistaken for ‘regular teen angst’.

‘At the age of 15, I was going through a really bad time at home,’ says Michael.

‘I was arguing a lot with my parents and playing up at school. I often felt extremely low. People thought I was just being melodramatic.

‘I didn’t even really understand why I felt the way I did – I was very confused. I didn’t recognise at first that I had depression.’

Seeing his condition worsen, Michael’s parents arranged for him to meet with a therapist.

‘This really helped a lot. It was when we realised properly that I was depressed and not just being a drama queen,’ he said.

Dr Mike Smith, a mental health professional featured in the broadcast story, says: ‘Confusing the normal angst and turmoil of emotions that is being a teenager with moderate and severe depression is a problem.

‘It’s quite often a very confusing picture – there’s feelings of not being attached, not having much hope, not seeing a future, not knowing your role in the world and a general picture of confusion.’

Michael hopes his Fix will raise awareness about teen depression to help other young people experiencing the condition.

‘It’s just really nice to know that even though I pretty much went through this alone, I can help someone get the help they need and prevent them from feeling the way I did.’