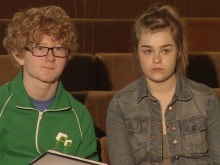 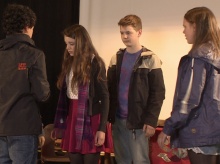 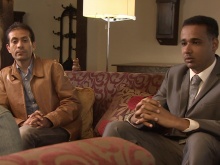 Two Fixers from Kent are creating an educational film for schools which aims to inform young people about the struggles many asylum seekers face.

Oscar Leitner (16) from Deal, and Lauren Frend (16) from Herne Bay, Kent, are concerned that asylum seekers have been given a bad press, and are often blamed for many problems in the UK.

With the help of Fixers – and friends from the Kent Youth Theatre group – Oscar and Lauren hope to create a short educational film which can be used by schools in their area to teach young people about the realities asylum seekers are often escaping from in their own country.

Lauren, who is a member of the Kent Youth Theatre group, recently performed a play about people seeking asylum and the prejudice they may face.

But it is a topic especially relevant to Oscar whose family escaped Nazi Germany and fled to the UK.

‘We were made welcome here, but many asylum seekers face problems,’ says Oscar. ‘The main point of our campaign is to send the message that asylum seekers are human beings, and that they have every right to be safe, to be protected, and have a happy life.’

In their piece Oscar and Lauren speak to Juliette Wales from Kent Refugee Action Network about the support asylum seekers need.

They also speak with two refugees, Yousif and Abdullgader, who fled their countries for safety in the UK, for advice on the messages they should cover in their film.

Abdullgaadar, who fled war in Libya, says: ‘Asylum seekers go to other countries because they feel unsafe in their countries. They are made of blood and flesh, and they have feelings. They need support.’