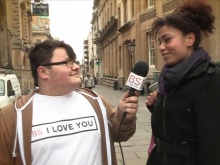 Ryan speaking to someone who loves Bristol 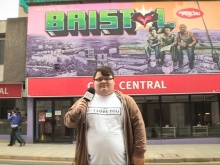 Ryan getting ready for his campaign 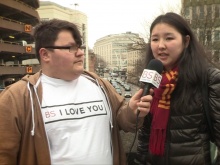 Ryan speaking to another interviewee

A proud Fixer from Bristol has completed his short film appealing for young people across the city to embrace different communities, regardless of their postcode.

Fixer Ryan Lewis (18) prowled the streets of Bristol asking as many people as possible about what they love about the city.

From art to music, food, and culture, Bristol has a lot to offer. But Ryan feels that many people in the city do not experience everything they can in the city because they remain loyal to their postcode area.

Through his film, Ryan hopes young people across the city can see what is on offer in the many different areas of Bristol.

‘I have heard about postcode wars, and gangs who only stay in their postcode area,’ says Ryan. ‘But I want to show these people that there are different parts of the city which they should be proud of and see when they can.

‘Some people in certain postcodes become stereotyped as the area is labelled as “bad”. This means that these areas are avoided and isolated.

‘What this film shows is that there is no need to be nervous going to different areas. We are all part of the same city.’

Ryan is hoping to distribute the film across the city in the future. You can watch the film above.