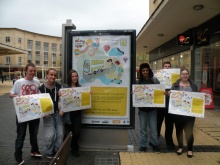 The group and the poster displayed at a Bristol bus stop 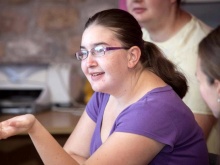 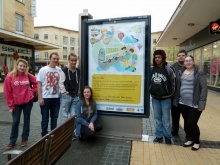 A group of Fixers, who feel expensive bus fares are restricting their movement around the city of Bristol, have called for action from the bus company in question through a poster campaign.

Their large posters are on display at the Broadmead bus stop in the city centre, and it is hoped the posters will be used elsewhere to encourage young people to speak up about bus fares.

The posters resemble a letter to First Bus, asking them to lower their prices for young people.

Lead Fixer Emily Broadhurst (17) and her fellow Fixers from the Bristol Youth Forum all live on the outskirts of the city and use buses to travel to college.

Because of the distance to the college, the Fixers are struggling to pay for the fares, and think many other young people are too.

‘Some people can spend up to £20 a week on bus fares,’ says Emily. ‘We all live a good distance from the city centre, and some young people in these areas come from low income families.

‘The buses are a lifeline to get to shops, colleges, schools, youth clubs, and other services in the city. We want bus companies to understand that prices are just too expensive and that many young people cannot afford to pay season ticket fares upfront.’

First Bus has welcomed the poster campaign and has asked people in Bristol to go to their website to offer their views on the current bus prices. 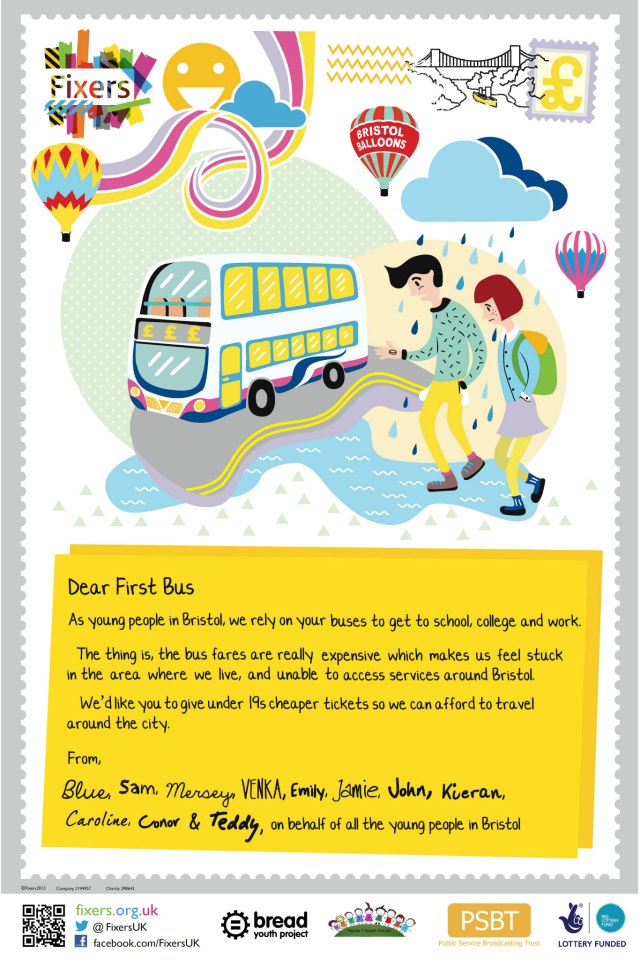