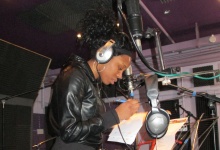 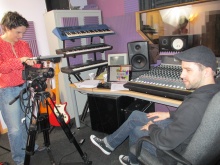 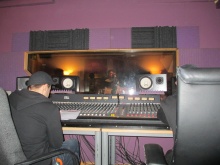 A Fixer from Hinckley, who became pregnant as a teenager, hopes to empower young single mothers through her song and make them feel proud of who they are.

Sandra Kabodi (19) had a tough time after becoming pregnant at 16. Having decided to keep the baby, she left her family’s home and became a single parent, after the relationship with the child’s father broke down.

‘It’s really hard being a mum at a very young age. People judge young mothers because you see a young teenager walking down the street with a pushchair. They see your baby and think you won’t get anywhere in life.

‘My fixers project is to get my message across to young teenage mums to let them know there is support and that there are people out there who are willing to help to get them the right information they need to look after themselves and their baby.’

With the help of Fixers, Sandra used her songwriting and singing talents to produce the track ‘Moving On’ to highlight the positives around being a young mum - something she believes should not automatically be seen as a problem.

‘I want other young mums to stop thinking so negatively about their future,’ Sandra says.

'I was very lucky, because my mum took me and my son back into the house. But for other teenage mums out there, if they don’t have that support, there are professionals who are willing to give them that advice.

‘Hopefully, by using my own experience to inspire single mothers to think positively, they will strive to provide the best possible life for their children.

‘You can’t change what’s happened in the past, but you can change your future.’

For more information about teenage pregnancy and support for young parents, click here or the link below.