A Look at Homelessness on ITV 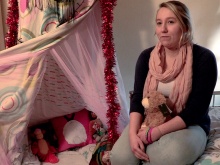 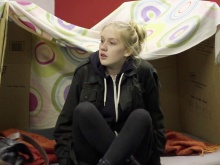 A clip from Suzy's film 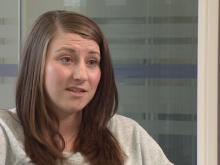 A group of Fixers feel homeless people in their area are treated unfairly by many members of the public, and are creating a film to show the realities of homelessness.

The team, led by Fixer Suzy Sorby (19), feel that homelessness is misunderstood in their county of Torfaen, and that people are often unaware of the complex reasons that may lead to a person becoming homeless and living on the streets.

Through their film - entitled “A Home Is Built With Love” – the Fixers show how even the most ideal families can face problems which can potentially lead to homelessness.

Suzy says: ‘The idea I'm portraying in my film is that when you’re younger you build forts - so you get your blankets and pillows, and you build a fun place to be. But you never expect to build it when you are older, which a lot of young homeless people end up doing.

‘The message we’re hoping our viewers will see from this project is that not all young homeless people choose to be homeless, and there is an underlying background as to why they follow that route.’

Rebecca Evans from Shelter Cymru, who speaks with Suzy in the TV piece, reiterates that there are many factors that could lead to homelessness.

'There are a lot of different reasons for people becoming homeless and lots of different issues that can affect it,' Rebecca says. 'Job losses, changes in benefits and money that families are getting. And also abuse. It can happen to anyone.'

Also in the piece, Suzy speaks with Nicolas Page (21) and Rosie Mitchell (19) who recount their stories of becoming homeless during their teens.