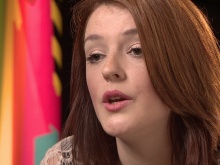 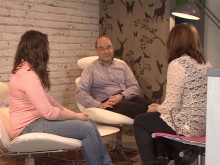 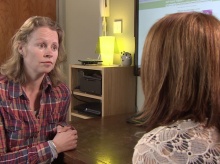 Imogen speaking with Fiona from Bristol Crisis Service for Women

A young woman, who self-harmed from the age of 15, is creating a website with Fixers to break down the misconceptions and stigma attached to self-harm.

Bristol Fixer Imogen Smith (23) had depression for a period of four years during her teens, and says she turned to self-harming as a form of release.

She self-harmed while studying for her A-levels, but decided she needed a fresh start when she started university.

So she took steps to sleep better, talk about her problems, and find hobbies to take her mind off self-harming.

With the help of Fixers, Imogen is creating a website offering advice and information to people who self-harm, and to friends and family who may not know the reasons why people deliberately hurt themselves.

‘I felt driven to self-harm because I was feeling so alone,’ says Imogen.

‘Often it can be overlooked because there is no mark. You can easily say you fell and hurt yourself, and nobody would think any different.

‘In some ways I guess self-harm is like a drug – it takes you to another place momentarily. I completely understand that self-harm is difficult for other people to comprehend, and even I sometimes cannot believe I was there.

‘Through my Fixers project, I want people who self-harm to realise they are not alone, and you do have the power to change your situation with the right tools.’

In the broadcast story, Imogen also speaks with Professor David Gunnell from the University of Bristol, who is a leading expert on the reasons for self-harm. Alongside this, Imogen discusses with Fiona Macaulay from Bristol Crisis Service for Women about where help is available for self-harm.