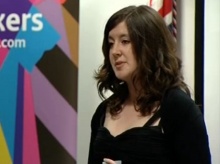 Fiona presenting her film at a screening 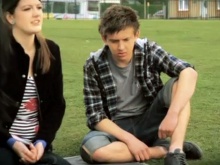 A clip from Fiona's film 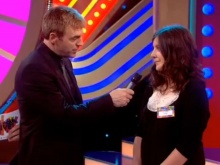 Fiona speaking about her film on ITV

After joining Fixers in 2009, Fiona Malpass’ (23) film is still being used by NHS Trusts and mental health charities around the UK, and has even been seen by an international audience online.

Fiona’s film – entitled ‘Don't Suffer in Silence’– is based on the experiences of depression which Fiona experienced during her teens. The film follows the main character, Alex, who feels distant from his friends, and even considers suicide.

‘The feedback to the film has been amazing,' says Fiona.

‘It has been seen by so many people, young and old, who have said positive things about the film. People who have had no experience with mental health issues come up to me with tears in their eyes.'

Mike Waddington, one of the people responsible for distributing Fiona’s film through the North Essex Partnership Foundation Trust, thinks the realism of the film is what makes it work.

‘What is great about this film is that it is harder hitting than you expect,’ he says. ‘It begins as a piece about friendship but literally takes you to the edge of someone’s crisis.

‘When people see it they are drawn in by the drama, and just when escape seems unlikely, it happens. I deliver a lot of sessions in schools and this is the message I try to get over.’

Fiona, who is studying at the University of Westminster, stills works with young people to raise awareness of mental health conditions, and has established a student society about the issue (click here for more information).

'I have held talks and events, and set up a website to offer information to students about mental health. I am campaigning to improve and develop student services so they improve monitoring and evaluation of their services.

'Basically, I am giving the university a mental health makeover. It has been well received and I am hoping I can work towards getting some funding to expand my experience into something bigger in the future.'

Alongside her studies, Fiona is also volunteering three days a week at an inpatient unit in north London, which offers support to 12 to 18-year-olds with severe mental health problems.

She hopes to go on to have a career in clinical psychology.