Highlighting the Harms of Meow 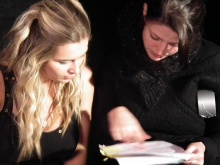 Behind the scenes as the script is edited 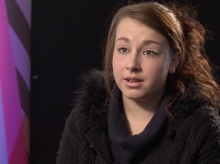 A group of friends from South Wales, concerned by the rise in consumption of mephedrone in their area, have completed a film to highlight the dangers of the drug.

The group, headed by lead Fixer Charlotte O’Connell (16), are troubled by the high use of mephedrone – also known as “Meow Meow” – in their area.

They believe many young people simply do not know what they are doing to their bodies, and many do not understand the illegality of Mephedrone.

The drug is an illegal Class B stimulant, which is similar in its effects to cocaine. However, unlike other hard drugs, “Meow Meow” is cheap to obtain with some reports suggesting a gram costs only 10-pounds.

‘I’ve seen people take it in the streets, in parks, and even in schools,’ says Charlotte. ‘It has affected some of my friends too, completely changing their behaviour.

'Our film is very effective, and I hope it will prevent young people taking the drug in the future.'

The film follows a single female character, who attends a party, tries the drug, and then suffers as her personality is transformed because of the drug.

You can watch the film at the top of the page, and can find more information about mephedrone and other drugs below.

Meow in the Valleys on ITV Cymru Wales 5th Mar 2013