Giving PRYDE to the LGBT Community 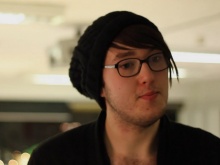 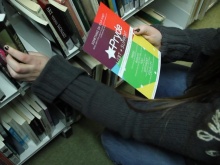 A young Fixer from South Wales, who wants to encourage greater support for lesbian, gay, bisexual, and transgender (LGBT) people, has completed his film promoting his support network.

Scott McCarthy (19) began his PRYDE campaign to offer support to young people who may be struggling to come to terms with their sexuality after he experienced difficulties surrounding his sexuality during his teens.

Scott, from Newport, South Wales, was often bullied for being gay, and he became increasingly anti-social as he felt like an outcast among his peers.

‘There was no one to talk to really, and that was hard,’ he says.

‘There were no support networks for me, and I feared that if I spoke out about my sexuality, I would just be alienated even more so.

‘So I decided to start my campaign to create a support network for others who may find themselves in the position I was in, to stop people feeling isolated because of their sexuality.’

Scott is currently hosting workshops to get people involved in his project.

Alongside this, he has also secured funding from O2 Think Big fund to continue developing his project.

'The film has been absolutely incredible in promoting PRYDE and has helped show young people that there is always support, it’s just being able to find that support which can sometimes be difficult.

'Fixers has been an amazing turning point for myself, and fingers crossed, my Fixers project will continue to grow and move forward.'