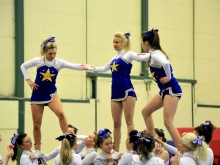 The team getting into formation 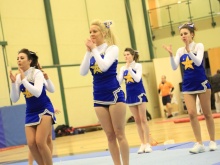 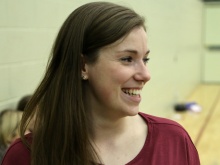 Cheerleaders from Southend, who are encouraging girls into sport, think more women would not only have fitness benefits by taking up sport, but would also break gender stereotypes.

The group are creating a poster campaign to promote the role of women in sport, and how exercise in any discipline can improve fitness and wellbeing.

Findings from Sport England show only 1 in 8 women participate in sport, compared with 1 in 5 men.