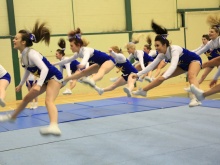 The team jumping in the air 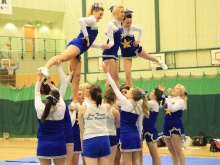 The team in formation 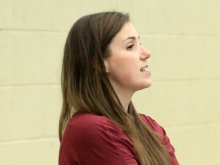 A group of Southend cheerleaders are campaigning to get young women to take up sport, not only to become fitter but to overcome feelings of embarrassment and gender stereotypes.

Their story was featured on ITV News London on Tuesday 9th April and will be available online shortly.

The group are hoping to create a poster campaign to promote the role of women in sport, and how exercise in any discipline can improve fitness and wellbeing.

Findings from Sport England show only 1 in 8 women participate in sport, compared with 1 in 5 men.