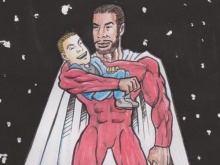 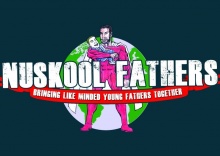 A father of three, who struggled to find parenting support when he became a young father at 18, has created a website where other young fathers can go for support and advice.

London-based Fixer Justin (26*) is concerned that many people assume single parents are always female, when this is not always the case.

He believes some young fathers do struggle to meet the parental expectations others have of them, and this struggle is made worse by a lack of support groups and networks for young or single dads.

He explains: ‘There was no support even through the professional channels, and no one could tell me who to turn to for help for issues ranging from how to look after children to how to deal with the custody of children.

‘But a lot of the time, men do not help themselves, as pride often stops them from seeking help. With this site I hope to create a space where men can find help and information if they need it on parenting, relationships, childcare, and many other areas relating to fatherhood.’

A 2012 report from the Office of National Statistics shows there are two million single-parents in the UK, with men only representing nine per cent of lone parents.

‘Because there are so few young lone fathers, the resources just are not there. Ultimately I want to build bonds with young fathers so they can relate to one another. This in turn will only have positive effects on their kids, as these fathers learn how to provide their children with a fulfilling childhood.’

An official launch event will be held in April for Justin's website, NuSkool Fathers.

*Fixers must be aged 16-25 when they start their Fix